Carmon Elliott Files a Petition for a Writ of Certiorari to the U.S. Supreme Court on Ted Cruz Not Being a Natural Born Citizen


Carmon Elliott Files a Petition for a Writ of Certiorari to the U.S. Supreme Court on Ted Cruz Not Being a Natural Born Citizen
By Mario Apuzzo, Esq.
July 9, 2016 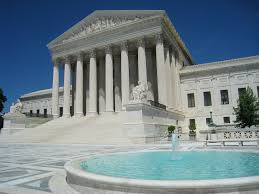 On June 28, 2016, I filed on behalf of Pennsylvania resident Carmon Elliott a Petition for a Writ of Certiorari with the U.S. Supreme Court.  The Petition can be accessed at https://www.scribd.com/document/317863645/Petition-for-a-Writ-of-Certiorari-Elliott-v-Cruz-Filed-6-28-16 .  The Court docketed the Petition on June 30, 2016.  Ted Cruz’s response to the petition is due by August 1, 2016.  The U.S. Supreme Court docket can be read at http://www.supremecourt.gov/search.aspx?filename=/docketfiles/16-13.htm .
The parties stipulated in the Commonwealth Court of Pennsylvania that Cruz was born on December 22, 1970, in Calgary, Alberta, Canada; that his mother, Eleanor Darragh, was born on November 23, 1934, in the State of Delaware; that his mother is and has always been a U.S. citizen from the moment of her birth; that at the time of Cruz’s birth, his mother had been physically present in the United States for more than ten years, including at least five years after she reached the age of fourteen; and that Cruz was a citizen at birth.
Elliott filed a petition with the Pennsylvania Secretary of State to set aside the nomination petition of Ted Cruz pursuant to which he sought to appear on the April 26, 2016 primary election ballot for the Office of the President.  In his objection, petitioner alleged that given that Cruz was born out of the territory and jurisdiction of the United States, his name should be stricken from the Pennsylvania 2016 primary ballot because he is not a “natural born citizen” within the meaning of Article II, Section 1, Clause 5 of the United States Constitution.
Cruz filed his opposition, contending that Elliott’s objection raised a non-justiciable political question.  As to the merits, Cruz contended that a person born to at least one U.S. citizen parent, regardless of where the child may be born, if a citizen at birth under any law, is an Article II natural born citizen through inheritance of citizenship from the parent (jus sanguinis) and without needing to be born in the United States (jus soli).
The lower court ruled that the political question doctrine did not apply and then went on to decide the merits of Elliott’s objection.  After discussing some articles written by some authorities, the court held that: “Having extensively reviewed all articles cited in this opinion, as well as many others, this Court holds, consistent with the common law precedent and statutory history, that a ‘natural born citizen’ includes any person who is a United States citizen from birth.  Accordingly, because he was a citizen of the United States from birth, Ted Cruz is eligible to serve as President of the United States, and the objection filed by Carmen Elliott to the Nomination Petition of Ted Cruz is denied.”
Elliott appealed the Order of the Commonwealth Court of Pennsylvania to the Pennsylvania Supreme Court, which affirmed that Order on March 31, 2016, and also denied Victor William’s Notice to Intervene as Appellant and Elliott’s application for oral argument.
In our Petition to the U.S. Supreme Court, we argue that the Pennsylvania Supreme Court has decided an important question of constitutional law concerning the definition of an article II natural born citizen that has not been but should be settled by the U.S. Supreme Court.  Having a person sit as President and Commander in Chief of the Military who is not a natural born citizen puts the national security of the United States vitally at risk.  Whether or not the President and Commander in Chief is legitimately sitting in those offices impacts the nation’s foreign policy.  The nation needs a definition of “natural born citizen” for future presidential and vice presidential elections.  Congress, the executive, the political parties, and the voters cannot define a natural born citizen.  Only the judiciary can define a natural born citizen.
We argue that the Pennsylvania Supreme Court has decided an important constitutional question in a way that conflicts with relevant decisions of the U.S. Supreme Court.  Under those precedents, Cruz is at best a naturalized citizen of the United States “at birth,” but only by virtue of a naturalization Act of Congress, not an Article II natural born citizen under the common law to which the Framers looked to define the clause when they drafted and adopted the Constitution.
We also argue that U.S. Supreme Court review is warranted because the Commonwealth of Pennsylvania and it Secretary of State, by allowing an ineligible presidential candidate to place his name on the presidential primary election ballot, has violated Elliott’s Fifth and Fourteenth Amendment right and privilege to life, liberty, and property and equal protection of the law which is implicated if Elliott is forced to live under a president who is not an Article II natural born citizen.
Finally, we maintain that the important constitutional issue raised by Elliott’s ballot challenge has not been mooted by Cruz voluntarily suspending his presidential campaign because there is nothing stopping Cruz from again running for President or Vice-President and the issue of whether Cruz is a natural born citizen is capable of repetition yet evading review.
We urge Americans who are committed to having our politicians and government respect our Constitution and the rule of law to support our cause.  Express yourselves not only privately, but also in public.  Write letters and leave comments in print and electronic media.  Call into radio shows and tell the hosts what you think.  Mr. Elliott is also conducting a fund raising campaign to raise funds to meet our printing and filing expenses.  We will appreciate your contribution which you can make at https://www.gofundme.com/h3xff4m4   .
I will be posting updates as the Petition makes its way to a decision by the U.S. Supreme Court.
Mario Apuzzo, Esq.

The U.S. Supreme Court denied the petition for a writ of certiorari.  See ORDER LIST: 580 U.S., published on Monday, October 3, 2016, accessed at https://www.supremecourt.gov/orders/courtorders/100316zor_9ol1.pdf ,  The Court did not give any reason for the denial which it normally does not give.  The denial of such a petition is not a ruling on the merits.  We will just have to wait until another day.